A warrant of arrest or arrest warrant is a warrant (judicial order) issued by the court or by and on behalf of the state, which gives authority to law enforcement officers to arrest and detain an individual. Basically, arrest warrants are issued against an individual if he has been involved or committed a crime.

It is explained further that An arrest warrant must have the base on a complaint that claims some serious Probable Cause that the individual named has committed a particular offense, and as per the legal formalities, it must be issued by the rules of the court.

It is specified in The Federal Rules of Criminal Procedure that the arrest warrant is needed to be signed by the magistrate and must describe the offense.

The accused person must be named or portrayed in such a way that he or she can be identified easily with some reasonable certainty. It also must be clearly specified in The warrant the defendant is arrested and he is taken to the nearest available magistrate.

A judge or justice of the peace issues an Arrest warrant under the Criminal Code. Considering the entire necessary valid instance, the judge must make the decision against the person named in the warrant.

Basically, he considers the following points whether (A) the accused is evading service of the order or, (B) he is about to abscond or, (C) he not attended the examination or,(D) he did not remain in presence, as required by the law.

After having A writ (written legal order) from the judge or other authorized officer, law enforcement officers, in turn, direct to a constable or other proper person that they are required to arrest a person named in the warrant and bring him to jail.

However, there are some other issues where an arrest warrant is sent against the person for example if the person in doubt or question failed to turn up in court. 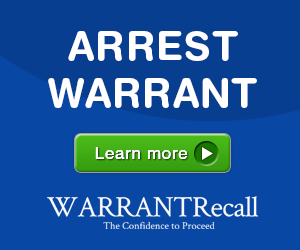 Another case may be, if someone has outstanding parking tickets and fails to make payment for it or fails to show up for court to hear the case, then an arrest warrant can be issued in his/her name.

If you find that an arrest warrant has been sent against your name then it is advisable that you seek a consultation from a legal adviser or a lawyer who can help you to get rid of the problem.

You may be amazed whether a legal professional could assist when you are facing an arrest warrant.

But there are a number of ways that a legal adviser can help to resolve the troublesome situation thereby avoiding the arrest:

In Los Angles, the law firm of Ramiro J Lluis may help you to deal with such situations.